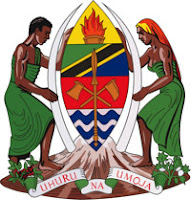 The council borders with; Uvinza District in Southern part, Kasulu District in Eastern part, Buhigwe District in Northern part and Democratic Republic of Congo (DRC) and Burundi Countries in the Western part.

Vision Statement.
Kigoma District Council wishes to ensure and to facilitate maximum utilization of investment opportunity for the prosperous and sustainable Development of Kigoma District Community, Region and Tanzania as a whole by 2025

Mission Statement.
Kigoma District provides adequate management and facilitation to Potential Domestic and international Investors and build capacities so as to ensure sustainable investment in the District

The Executive Director of Kigoma District Council is inviting applications from Tanzanians to fill Vacancies as described in the PDF FILE below: