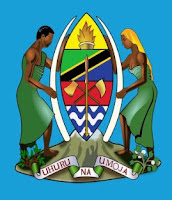 Dar-es-Salaam is popularly known as the “HARBOUR (HAEVEN) of PEACE”, the name being originated from the Arabic word “Bandar-ul-Salaam” which means in Swahili “Bandari ya Salama”. Nafasi za kazi HALMASHAURI ya Jiji la Dar es salaam 2021

Dar-es-Salaam was declared a Township in 1920 and in 1949 it was upgraded to a Municipality under the first appointed British Mayor Mr. Percy Everett.

When Tanganyika became independent in 1961, Dar-es-Salaam Municipality was elevated to a City status and continued to be the Headquarters of the then Independent Tanganyika and later the United Republic of Tanzania. Dar-es Salaam remained a Capital City till 1970s when the Government announced the shift of Capital City to Dodoma and Dar-es-Salaam remaining a commercial City.

The Executive Director of Dar es salaam City Council is inviting applications from Tanzanians to fill positions in the PDF FILE below: CLICK HERE TO DOWNLOAD PDF

x.Certificates from foreign examination bodies for Ordinary or Advanced leveleducation should be verified by The National Examination Council of Tanzania(NECTA).