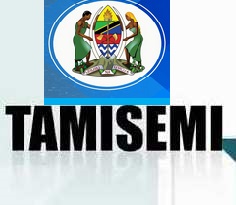 The Minister of State for Regional Administration and Local Government (Tamisemi), Ummy Mwalimu, has said the ministry is awaiting approval to hire 10,000 teachers before December this year. Speaking in Dodoma yesterday, Ummy said it would be the first time that the Teachers’ Service Commission (TSC) would be responsible for hiring teachers instead of the ministry.

She said this while opening a meeting of the new staff council of the Teachers’ Service Commission comprising 58 members who are representatives of 516 employees of the commission present in various councils in the country. “So the commission should be prepared to hire this year as Tamisemi is expected to receive approval to hire 10,000 teachers before December, this year,” said Ummy.

She said the TSC would hire teachers after the ministry received approval from the Office of the President Personnel and Good Governance for setting criteria to find qualified teachers. He said among the criteria was to use a good formula where each council or state should get at least 20 percent of local teachers and others from other areas.

Ummy said peripheral councils would be given priority to find teachers due to the severe shortage of urban areas. She gave two weeks to the commission until September 21 to collect data in 139 councils and submit a list of current teacher needs and shortcomings. She said he did not prevent teachers from relocating but urged the TSC to issue transfer permits for teachers to relocate from cities to rural areas and not from rural to urban areas.

“If a teacher wants to move from the city to Kigoma, Katavi, Simiyu and Rukwa regions, he should be given permission immediately,” he said. Ummy also instructed the commission to establish a system to control teacher absenteeism by installing a click machine in six cities of Mwanza, Dar es Salaam, Arusha, Tanga, Dodoma and Mbeya and later it will continue in other regions.