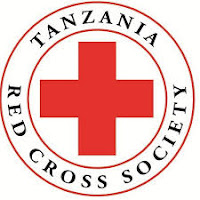 The Tanzania Red Cross Society (TRCS) is a voluntary humanitarian organization established as an independent National Society (NS) by the Act of Parliament No. 71 of December 1962 and amended by the Parliament of Tanzania in 2019.

Tanzania Red Cross Society was recognised and admitted to the membership of the International Federation of the Red Cross and Red Crescent Societies (IFRC) in 1963. The TRCS Headquarters office is located in Dar es Salaam.

TRCS is now the largest and most dependable national partner in delivering humanitarian services in Tanzania. The TRCS has an active network in all regions of Tanzania Mainland and Zanzibar. Around 40% are women out of more than 35,000 active volunteers. Most importantly, because of its credibility, TRCS receives supports from a broad range of partners, including the IFRC, the ICRC, the American Red Cross, the Spanish Red Cross, the Belgian Red Cross-Flanders, the French Red Cross, the Italian Red Cross, the Chinese Red Cross and the Korean Red Cross. Other partners are ENABEL, UNHCR, UNICEF, WFP, UNFPA, the EU, USAID, CDC, BPRM and Pathfinder International.

Tanzania Red Cross Society is looking for dynamic persons to fill the below vacancy in the PDF FILE below: