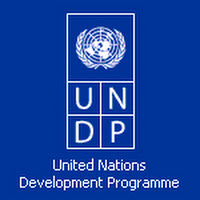 UNDP is the UN’s global development network, advocating for change and connecting countries to knowledge, experience and resources to help build a better life. UNDP started its operations in Tanzania after signing of Standard Basic Assistance Agreement (SBAA) with the Government in 30th May 1978. The United Nations Development Assistance Plan phase one 2011-2016 (UNDAPI) concluded on the 30th of June 2016 and the second phase of UNDAP officially began on the 1st of July 2016.

The second phase of UNDAP II to Tanzania aims to build on the foundation that has been established by UNDAP I by working hand-in-hand with the government and other development actors and partners.

In view of this, the overall focus for UNDP in Tanzania is to support the Government of Tanzania to improve lives of the people through strategic programmatic areas of inclusive democratic governance,  inclusive economic growth and sustainable livelihoods and evironment sustainability, climate change and resilience.

UNDP Tanzania has new jobs Opportunities to be based in Dar es salaam. To read full details and apply, CLICK on each job position below: