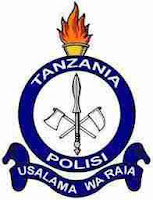 The Police Force would like to announce that they are interviewing young people with degree, diploma and certificate education who applied join the Tanzania Police Force through the Police Headquarters

For those with Form Four and Six education who submitted applications their to the Regional Police Commanders will conduct interviews in the regions them.