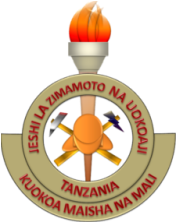 Jeshi la Zimamoto Tanzania  Fire services in mainland Tanzania began during colonial rule immediately after the second world war in 1945, when at that time there was only one unit called the Police Fire Brigade under the control of the Police Force.Job Opportunities Jeshi La Zimamoto Na Uokoaji