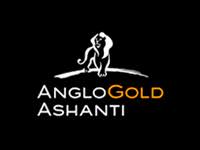 Geita Gold Mining Ltd (GGML) is Tanzania’s leading gold producer with a single operation in Geita Region. The company is a subsidiary of AngloGold Ashanti, an international gold producer headquartered in South Africa, with operations in more than ten countries, in four continents.

The mine is situated in the Lake Victoria Gold fields of North Western Tanzania, only about 85 km’s from Mwanza City and 20 km’s South East of the nearest point of Lake Victoria. The company has its head office in Geita, only 5 Km’s west of the fast-growing town of Geita, and also a supporting office in Dar es Salaam.

Geita Gold mine has been recognised by the Government as Overall Best Performer of the Mining Sector for the 2019/2020 financial year and in 2018, by the Association of Tanzania Employers (ATE) as the best employer in the country. In 2019, the Company was the first runner up.

Geita mine remains a top taxpayer in the country’s extractive industry with US$1.7 billion borne and paid as tax to the Tanzanian Government. The company employs over 5,000 individuals both directly and through contractors of which about 98% are Tanzanian nationals.

Applications are invited from ambitious, energetic and performance driven individuals to fill in vacant position(s) mentioned below. Click each job position to read more and apply: