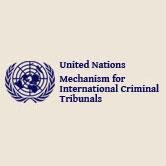 The United Nations Security Council created the Mechanism on 22 December 2010 as a “small, temporary and efficient structure”. The Mechanism started operating on 1 July 2012 in Arusha, United Republic of Tanzania, and on 1 July 2013 in The Hague, the Netherlands. The Arusha branch inherited functions from the ICTR, and the Hague branch from the ICTY.

The Mechanism employs staff in accordance with the UN Rules for professional and general service categories, for appointments limited to the Mechanism. Posts are located in one of the two branches of the Mechanism: in Arusha, Tanzania, or in The Hague, Netherlands. All applications must be submitted through the UN recruitment portals.

The UN IRMCT has announced new Opportunities listed below. CLICK on each position for more information and application: