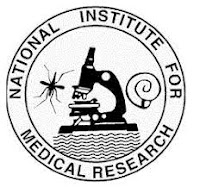 NIMR Mwanza The modern health research was introduced into the then Tanganyika (Tanzania) by the German Colonial government in the last quarter of the 19thCentury. During the early years of health research, the focus was on the major communicable diseases. Drs.

Robert Koch and Gustav Giemsa were among the first scientists who will respectively be remembered for their contributions to the diagnosis of tuberculosis and malaria. After the World War 1, Tanganyika became a British Protectorate under the United Nations and the British continued with health research on specific disease problems to satisfy their need. It was during this post war period that institutionalized health research was initiated.

In 1922, the British Colonial Government established a Sleeping Sickness Service Unit in Tabora under the leadership of Dr. Frank Apted. The Unit was responsible for medical surveillance and treatment of sleeping sickness cases (Human African trypanosomiasis).

In 1963 the Sleeping Sickness Unit was taken by the Ministry of Health of the Independent Tanganyika. The Unit which is now Tabora Research Centre is therefore the oldest Medical Research Unit in Tanzania.