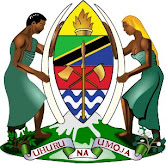 Songwe is a region of Tanzania created on 29 January 2016 from the western half of Mbeya Region. Its capital is Vwawa. Geography: Songwe Region borders the countries of Zambia and Malawi to the south: Tunduma is the main entry point into Zambia while Isongole is the main entry point into Malawi. Songwe also borders the Tanzanian regions of Rukwa and Katavi in the west, Tabora in the north, and Mbeya in the east. Lake Rukwa is a major body of water in the western part of the region. The East African Rift and Southern Highlands run through the region.

Administration
The commissioner of Songwe Region is Brigadier General Nicodemus Elias Mwangela, who was appointed on 1 August 2018. Songwe Region is divided into the town of Tunduma and the districts of Ileje, Mbozi, Momba and Songwe. Tunduma is subdivided into 15 wards and 71 mitaa (streets), while the four districts are subdivided into 11 divisions, 79 wards, 307 villages and 1493 hamlets.
Demographics
The local government areas now comprising Songwe Region reported a combined population of 998,862 in the 2012 census, 46 percent of whom were under 15 years old. The same areas reported a population of 723,480 in the 2002 Tanzanian census, yielding an annual population growth rate of 3.2 percent between 2002 and 2012. In 2017 the population of the region was projected at 1,173,667 inhabitants. In 2012, 211,537 people or 21.2 percent of the region's population lived in urban areas, an increase of 250.4 percent over the urban population of 60,377 recorded in 2002. Major ethnic groups in the region include the Nyiha, Nyamwanga, Ndali, Bungu and Lambya.