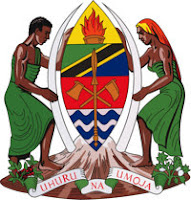 Iringa is one of Tanzania's 31 administrative regions. The regional capital is Iringa. The region's population is 941,238. It is primarily agricultural and boasts the second-highest per-capita GDP in the country.

Iringa Region is home to Ruaha National Park, Tanzania's second largest park, which has an abundance of wildlife.
The Regional Commissioner of the Iringa Region is Ally Hapi.
Geography
Iringa region has a total area of 35,743 square kilometres (13,800 sq mi). It is surrounded by Singida and Dodoma in the north, Morogoro to its east, Mbeya to its west and Njombe towards the south.
The region is drained by the Little Ruaha and the Great Ruaha rivers. The lake created by the Mtera Dam is the other significant water body here.

Kilolo is one of the four districts of the Iringa Region of Tanzania. It is bordered to the north and east by the Morogoro Region, to the south by Mufindi District and to the west by the Iringa Rural District. According to the 2002 Tanzania National Census, the population of the Kilolo District was 205,081..