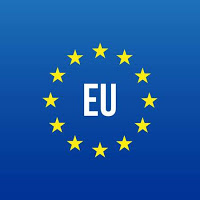 European Union  Contractual relations between the United Republic of Tanzania and the European Union (EU, then European Economic Community, EEC) were first established in 1975 with the first Lomé Convention between the EEC, its Member States and the African, Caribbean and Pacific (ACP) countries. After the expiry of the fourth Lomé Convention, the Cotonou Agreement was concluded in 2000 for a period of 20 years. A new EU-ACP Agreement is expected to enter into force in 2021.

Please send your detailed EuroPass CV in English filled in with the template available at https://europa.eu/europass/eportfolio/screen/cv-editor?lang=en

and a Cover Letter in English. The cover letter should mention your motivation for applying.

All applications must be submitted through this email address:

The Subject of your email should be:  Post No. 37267 Secretary/Archivist

The candidates who have not been short-listed will not be contacted individually; however, the Delegation will use the same means of publication as for this Vacancy Notice to inform the remaining candidates once the recruitment procedure has been completed and that a candidate has (or has not) been recruited.