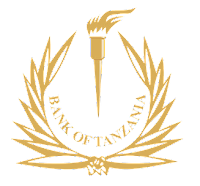 Monetary arrangements in Tanzania prior to l919 were different in Tanganyika from those in Zanzibar. This was because the former was under German rule, whereas the latter had its own government. The currency on the Mainland was the German Rupee, made of silver, while the subsidiary coin was the Heller, which was 1/100 of the Rupee. In Zanzibar, the Indian Silver Rupee and its subsidiary coins were in circulation. In addition, shells and cattle used to serve as a store of value, and, to a certain extent, even as a medium of exchange.

Commercial banking was introduced in the country in 1905, when the Deutsch-Ostafrikanische Bank opened its office in Dar es Salaam. This bank had a concession from the German Government to issue its own notes and coins, which helped the bank to meet the demand for coins in exchange for its notes. A temporary mint was set up in Tabora. In 1911, another German bank, namely the Handelsbank fuer Ostafrika, opened a branch in Tanga. There also was an official savings bank.

After World War I, Tanganyika became a mandate territory of the United Kingdom (UK) and its monetary system was aligned to that of Kenya and Uganda, mainly in two aspects:

The regulations defining the Constitution, Duties, and Powers of the EACB stated that it had been constituted to provide for, and to control the supply of currency in the East African Protectorate, the Uganda Protectorate, and any other dependencies in East Africa, which might be added by the (UK) Secretary of State, to ensure that the currency was maintained in satisfactory condition, and generally to watch over the interest of the dependencies as far as currency was concerned.

Originally, the EACB operated in Tanganyika, Kenya, and Uganda. Zanzibar adopted its currency in 1936. Other occupied countries joined the Board later, but withdrew from it again after some time.

The EACB was authorized to issue its own currency notes and mint coins according to the designs approved by the Secretary of State for circulation in its area of operations. The rate of exchange between the Board’s currency and the pound sterling was fixed by the Secretary of State. EACB currency was essentially issued in exchange for pound sterling, indicating that the currency was backed predominantly by pound sterling. The EACB itself stopped functioning in 1966, when central banks came into existence in Tanzania, Kenya, and Uganda.
Next Post
Previous Post