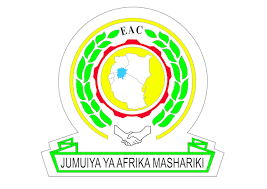 The East African Community is an intergovernmental organisation composed of six countries in the African Great Lakes region in eastern Africa: Burundi, Kenya, Rwanda, South Sudan, Tanzania, and Uganda. Paul Kagame, the president of Rwanda, is the EAC’s chairman.

Please note that EAC does not require candidates to pay money for the recruitment process. All invitations for interviews will be done in writing.  A due diligence will be conducted for all successful candidates in respect of their academic certificates (certification by  a recognized higher education body in respective Partner States)  and employment records)
Deadline: 11th June 2021

The East African Community (EAC) is  the regional intergovernmental organisation of the Republics of Kenya, Uganda,  the United Republic of Tanzania, Republic of Burundi and Republic of Rwanda  with its headquarters in Arusha, Tanzania.

The EAC aims at widening and  deepening co-operation among the partner states and other regional economic  communities in, among others, political, economic and social fields for their  mutual benefit.

The East African Community (EAC) is  the regional intergovernmental organization of the Republics of Burundi, Kenya,  Rwanda, Uganda and the United Republic of Tanzania with its Headquarters in  Arusha, Tanzania. The Treaty for Establishment of the East African Community  was signed on 30th November 1999 and entered into force on 7th July 2000  following its ratification by the Original 3 Partner States – Kenya, Uganda and  Tanzania. The Republic of Rwanda and the Republic of Burundi acceded to the EAC  Treaty on 18th June 2007 and became full Members of the Community with effect  from 1st July 2007.

The EAC aims at widening and  deepening co-operation among the Partner States in, among others, political,  economic and social fields for their mutual benefit. To this extent the EAC  countries established a Customs Union in 2005 and are working towards the  establishment of a Common Market by 2010, subsequently a Monetary Union by 2012  and ultimately a Political Federation of the East African States.

Enlargement of the Community

The realization of a large regional  economic bloc encompassing Burundi, Kenya, Rwanda, Tanzania and Uganda with a  combined population of 120 million people, land area of 1.85 million sq  kilometres and a combined gross domestic product of $ 41 billion, bears great  strategic and geopolitical significance and prospects of a renewed and  reinvigorated East African Community.

The regional integration process is  at a high pitch at the moment. The encouraging progress of the East African  Customs Union, the enlargement of the Community with admission of Rwanda and  Burundi, the ongoing negotiations of the East African Common Market as well as  the consultations on fast tracking the process towards East African Federation  all underscore the serious determination of the East African leadership and  citizens to construct a powerful and sustainable East African economic and  political bloc.