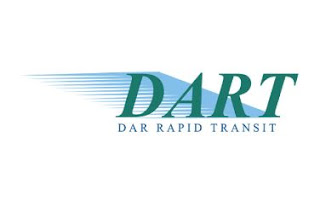 ART Agency is a government entity established by GN No. 120 of 25th May 2007 under the Exective Agencies Act No. 30 of 1997 and its subsequent amendments. The key role of the DART Agency is to establish and operate the Bus Rapid Transit (BRT) system for Dar es Salaam.We Invite Several Public Servants to fill the following Transfer jobs vacancies

The DART project which is implemented in six phases in the city is a result of Tanzania’s government intervention to ease traffic jams that had almost stalled mobility for many years to due to poor infrastructure and mode of transport.

Since the project aims to transport many people in the city at one time while using shortest possible time to reach different destinations as is opposed to the old public urban transport, there is a need for the DART Agency will be providing relevant information to its users and other stakeholders from time to time on how to make use of the new system; this may include being familiar with road signs, bus stations, smart cards, bus tickets, fare-prepayment, boarding and alighting the buses.

Apart from being familiar with the DART system, users and other stakeholders have the right to know bus schedules, change of routes, and how to behave in times of emergencies, among others.

Dear users, the website will also give you the opportunity to know the current status of implementation and future plans of the project. We would therefore encourage you to visit the website regularly so that you can communicate your views about our services through the Agency’s social media platforms such as Facebook, Twitter, and Instagram.

DART project is here to make your life more comfortable by travelling fast and safe in the city.