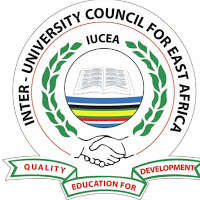 IUC was hosted in Kampala, Uganda. In 1977, the former EAC collapsed and the support that IUC was receiving from the Partner States declined. However, IUC continued to coordinate cooperation between the three universities albeit with resource constraints that severely limited its functions.

1.0 Background Information
The Inter-University Council for East Africa (IUCEA) is a strategic institution of the East African Community (EAC) responsible for coordinating the development of human resources and research in the EAC Higher Education Institutions. The main objectives of IUCEA are to; (i) facilitate networking among universities in East Africa, and with universities outside the region; (ii) provide a forum for discussion on a wide range of academic and other matters relating to higher education in East Africa; and (iii) facilitate maintenance of internationally comparable education standards in East Africa so as to promote the region’s global competitiveness in higher education.

In order to fulfill its current mandate and to meet all its objectives and planned activities, IUCEA now wishes to recruit staff at the Secretariat for the posts;
Applications are invited from qualified individuals from the EAC Partner States. Candidates from the Republics of South Sudan, Rwanda, Kenya and Burundi are especially encouraged to apply since the recruitment will be subjected to the EAC Quota System.

3.0 Tenure and Remuneration
As per the EAC Staff Rules and Regulations, the successful applicant for this post shall serve for a five-year term renewable once. A comprehensive remuneration package commensurate with the EAC Professional Job Grades and Diplomatic status shall be offered to the suitable candidate. Additional details on these packages may be obtained from the undersigned.

4.0 Age Limit
Applicants should not be more than 55 years as the EAC retirement age is 60 years.

5.0 Notification
The successful candidate shall be notified of his/her appointment by the 2nd week of April to give him/her enough time to also give notice to his/her employer.

Applications marked “APPLICATION FOR THE POST OF …….
Complete the online form on this link https://forms.gle/Jd3gkQw1mrm3Kuf9A / https://bit.ly/3aAnZ4X and submit application documents electronically to the following address:

NOTE :
All candidates who applied for the re-advertised positions earlier are encouraged to re-apply.
IUCEA will not accept hand-delivered applications. Applicants must complete application forms as indicated above/below.
TO FILL APPLICATION FORM CLICK HERE!
Next Post
Previous Post