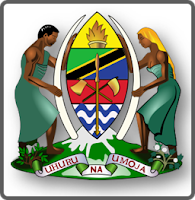 Iringa is a city in Tanzania with a population of 1,211,900 (as of 2020). It is situated at a latitude of 7.77°S and longitude of 35.69°E. The name is derived from the Hehe word lilinga, meaning fort. Iringa is the administrative capital of Iringa Region. Iringa Municipal Council is the administrative designation of the Municipality of Iringa. Iringa has been one of the coldest regions in Tanzania due to its geographical location but that has attracted a lot of tourists from colder regions abroad especially Western Europe. Iringa also hosts one of Africa’s largest national parks the Ruaha National Park.

Geography
The town stretches along a hilltop overlooking the Little Ruaha River to the south, and spreads along ridges and valleys to the north. Iringa is in the Udzungwa Mountains, and the altitude of the town's environs is more than 1,550 metres (5,090 ft) above sea level. The months of June, July, and August can see low temperatures near freezing. The Tanzam Highway passes through the valley below the town; the highway distance from Iringa's limits to Dar es Salaam is 502 kilometers (312 mi), via Morogoro.

History
The Isimila Stone Age site, which lies about 20 km (12 mi) to the southwest, contains archeological artifacts, particularly stone tools, from human habitation about 70,000 years ago.
Iringa Region is home to the Hehe people. After their stunning defeat at Lugalo by the Hehe, led by Chief Mkwawa, the Germans built a military station at 'Neu Iringa' to avenge the death of their commander Emil Von Zelewski and to teach the Hehe respect for German authority. The fortress and headquarters of Chief Mkwawa was in the nearby village of Kalenga, Alt Iringa.

Mufindi District
Mufindi is a town in Mufindi District in the Iringa Region of the Tanzanian Southern Highlands. It is located in the Boma/Mafinga ward. As of 2002, the population of the town was about 5,000.
New Government Jobs Opportunities IRINGA at MUFINDI District Council, 2020.
Today we announce jobs at MUFINDI District Council. Read carefully all currently available jobs descriptions by downloading PDF File attached....