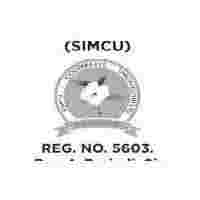 Duty Station Overview
Simiyu Region is one of Tanzania's 31 administrative regions. The regional capital is the town of Bariadi. The region was created in March 2012, from part of Shinyanga Region.According to the 2012 national census, the region had a population of 1,584,157. For 2002-2012, the region's 1.8 percent average annual population growth rate was the twenty-third-highest in the country. It was also the fifteenth-most-densely-populated region with 63 people per square kilometer..

Bariadi was elevated to Town Council Status in 2012. Bariadi Town Council covers an area measuring 876.71 square kilometres (338.50 sq mi). It comprises ten wards; Bariadi, Somanda, Sima, Malambo, Nyangokolwa, Guduwi, Nyakabindi and Bunahmala.According to the satellite map of the town, Bariadi as several primary and secondary schools, several churches of various religious denominations, a number of restaurants and branches of two of Tanzania's largest banks; CRDB Bank and National Microfinance Bank. .
Population: The population of Bariadi Town Council, as constituted in 2012, comprising 10 wards, was 155,620 of whom 81,772 (52.55 percent) were female and 73,848 (47.45 percent) were male, with an annual population growth rate of 2.048 percent. The average family size was 6.4 people, according to the 2012 national population census. .
Read Also:
NEW JOB OPPORTUNITIES (2,316+ POSTS)


Climate: The town as two seasons; (a) a rainy season that begins around mid-October and stretches until mid-May, with a dry spell in January, and (b) a dry season that begins in mid-May and lasts until mid-October. Annual total rainfall averages between 600 millimetres (24 in) and 900 millimetres (35 in). Transport: The paved 368 kilometres (229 mi) Isebania–Shinyanga Road, passes through the town, in a general north to south direction.