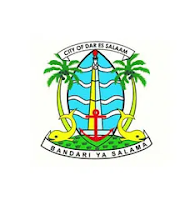 Functions of the Council

According to the Local Government Act 1982, (Revised Edition 2002) The Council has the following responsibilities:-