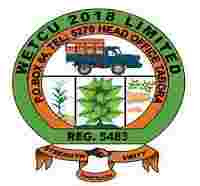 Tabora is the capital of Tanzania's Tabora Region and is classified as a municipality by the Tanzanian government. It is also the administrative seat of Tabora Urban District. According to the 2012 census, this district had a population of 226,999.

History: Beginning in the 1830s, coastal traders increasingly settled in the region to take advantage of the ivory and slave caravan trade. Swahili and Omani traders established Kazeh, near present-day Tabora, in the 1850s. By 1870, Tabora was home to a population of 5,000-10,000 people living in roughly fifty large square houses. These homes accommodated up to several hundred people each and had inner courtyards, adjacent garden plots, store rooms, servant quarters and outhouses for slaves. The town was also surrounded by Nyamwezi villages, which provided produce and caravan labor.

In this period the Sultan of Zanzibar appointed a representative there. It was part of the Kingdom of Unyanyembe. By August 1871, one-quarter of the town was burned when the forces of the Nyamwezi ruler Mirambo sacked it. Although the German East Africa protectorate was proclaimed over the region in 1885, as late as 1891 travellers reported it to be a lawless town, and the German colonial administration did not gain control of it until later that year. As a major station on the Central Line it became the most important administrative centre of central German East Africa.

In 1916 the colonial garrison had an emergency mint at Tabora, making some gold pieces as well as large numbers of crude copper and brass German East African rupie minor coins Mint marked with a "T". During the Tabora Offensive in the East African Campaign of World War I, colonial armed forces of the Belgian Congo (Force Publique) under the command of General Charles Tombeur captured the town on 19 September 1916 after 10 days and nights of heavy fighting.
New Jobs Opportunities at WETCU 2018 Limited 2020
We advertise opportunities aimed at finding competent individuals to fill various job vacancies as outlined in the attached PDF file....

Follow the link below to read full jobs details and mode of application...
Deadline: 05th November, 2020.