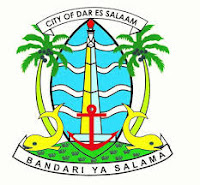 The city of Dar es Salaam lies between 6 to 7 degrees Latitude and 39.45 degrees longitude to the east and 39 degrees to the west, south of the equator and west, south and north.

Weather Of Dar es Salaam
The city has a tropical coastal climate, with an average temperature of 25 to 33 degrees Celsius and an average rainfall of 1,000 milliliters in the two autumn seasons which are October – December and spring which begins in March – May. The city is often dominated by winds blowing from the sea from the South, East and North of the Indian Ocean.

Be cautious: Never pay for securing a job: No Real employer seeks any fee from a job-seeker at any stage of the hiring process. EXPRESSTZ does not charge candidates for job applications or job offers. Expresstz.com is committed to ensuring that all job ads on our site are for legitimate job opportunities. Report any employer asking Money from you.