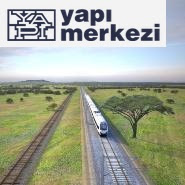 Yapı Merkezi is constructing the fastest railway in East Africa. The first phase of the 1,224 km total line, the 202 km long Dar Es Salaam - Morogoro Railway Project, is the most critical part of the project. When the 5-part line is completed, it will connect Uganda, Rwanda, Democratic Republic of Congo and Tanzania, and provide access to the Indian Ocean for all related countries.

The groundbreaking ceremony took place on on April 12, 2017  at Pugu with the participation of HE Dr. John Pombe Joseph Magufuli as President and Commander in Chief of the Armed Forces of the United Republic of Tanzania, Hon. Prof. Makame Mbarawa as Minister of Works, Transport and Communication, Mr. Yunus Belet  as acting Ambassador of Republic of Turkey in Dar Es Salaam, Mr. Erdem Arıoğlu as Vice Chairman of Yapı Merkezi, Mr. Özge Arıoğlu as CEO of Yapı Merkezi, Mr. Emre Aykar as Yapı Merkezi Board Member and  , Mr. Abdullah Kılıç as Yapı Merkezi East Africa Regional Manager.

All works pertaining to design, manufacture, assembly and operation startup of track superstructure, electrification, signaling, telecommunication, central control systems are being carried out by Yapı Merkezi.

202 km-long single line will be constructed at a design speed of 160 km / h between Dar Es Salaam and Morogoro. During the 30-month project, a total of 33 million cubic meters of excavation work will be undertaken; 96 pieces of 6,500 meter-long bridge and overpasses, 460 culverts, 6 stations and repair and maintenance workshops will be constructed. 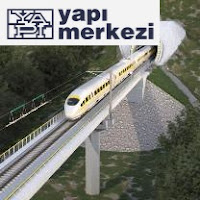 Yapı Merkezi is starting the execution of the Morogoro –  Makutupora Section of the SGR Railway Project in Tanzania. The 1,924 Billion USD Project is the second phase of East Africa's fastest railway line connecting Dar as Salaam to Mwanza, known as the Central Corridor.

Yapı Merkezi will construct the Project on a turn-key basis comprising of all infrastructure and superstructure works, including technological parts such as electrification and signalling. The total length of the railway will be 409 kms along with workshop, depot and siding tracks and the Project will be completed within 36 months.  The Project is part of the Central Corridor which will connect Uganda, Rwanda, Democratic Republic of Congo and Tanzania, and provide access to the Indian Ocean for all related countries.

Being the region’s first inter-city electrical railway system with a speed of 160km/hr, the Morogoro - Makutupora Railway Project will be built with the Standard Gauge of 1,435 millimeters. This specific section will also establish a safe and reliable transportation mode between the capital Dodoma and Dar es Salaam, further strengthening the vision of transforming Dodoma into a modern capital. When the 36-month-long project is completed, Uganda, Rwanda, Democratic Republic of Congo and Tanzania will be linked, enabling all countries of East Africa including their hinterland to have access to the Indian Ocean.


After its completion, the Morogoro and Makutupora railway is expected to make a major contribution to the overall economy of Tanzania, especially in the fields of trade and tourism. Furthermore, it will enable land-locked countries such as Uganda and the Democratic Republic of the Congo to transport their rich underground reso
Available Job Vacancies
APPLICATION PROCESS
Please send application to:

SOURCE: Mwananchi Newspaper.
Time line: 30 days
Be cautious: Never pay for securing a job: No Real employer seeks any fee from a job-seeker at any stage of the hiring process. EXPRESSTZ does not charge candidates for job applications or job offers. Expresstz.com is committed to ensuring that all job ads on our site are for legitimate job opportunities. Report (expresstzinfo@gmail.com) any employer asking Money from you.