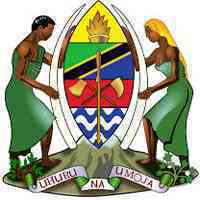 Ubungo Municipal Council Council is one of the district of Dar es Salaam Region.The Ubungo Bus Terminal is one of the main terminals for the city and serves as a transportation link to mostly upcountry cities and Dar es Salaam. Relocation is all set to take place once the new terminal is ready.Construction of the new Mbezi Luis Bus Terminal which will cost 28 Billion shillings is under construction which will serve about 700 buses daily. The terminal will consist of 2 phases, Phase I will be ready by the end of 2020, and Phase II will include hotels and shopping malls.

The Dar es Salaam commuter rail goes from here to the city centre but at the moment it is not fast (narrow gauge) and there are ten level crossings of roads along the route before the fast run.

The city is the leading arrival and departure point for most tourists who visit Tanzania, including the national parks for safaris and the islands of Unguja and Pemba. Dar es Salaam is also the largest and most populous Swahili-speaking city in the world.


The Tanzania Ports Authority (TPA, under construction ) and PSPF Pension Twin Towers both in the background are the tallest in East and Central Africa. It is the capital of the co-extensive Dar es Salaam Region, which is one of Tanzania's 31 administrative regions and consists of five districts: Kinondoni in the north, Ilala in the centre, Ubungo, Temeke in the south and Kigamboni in the east across the Kurasini creek. The region had a population of 4,364,541 as of the official 2012 census.